For some of the peripherals in the Atmel Cortex processors, like the SAMD21 and SAMD20 there are some configuration registers that require synchronization.  Specifically these peripherals can run from a clock that is different speed than the processor clock to save power. For example run the UART Sercom clock at lower clock rate than processor to save power.  When a the processor changes a register value the peripheral will not see the change until it's clock has ticked to clock in the change.

Atmel's datasheet can be difficult to understand when it comes to which bits and registers need to be synchronized. For example the Sercom I2C CTRL register: 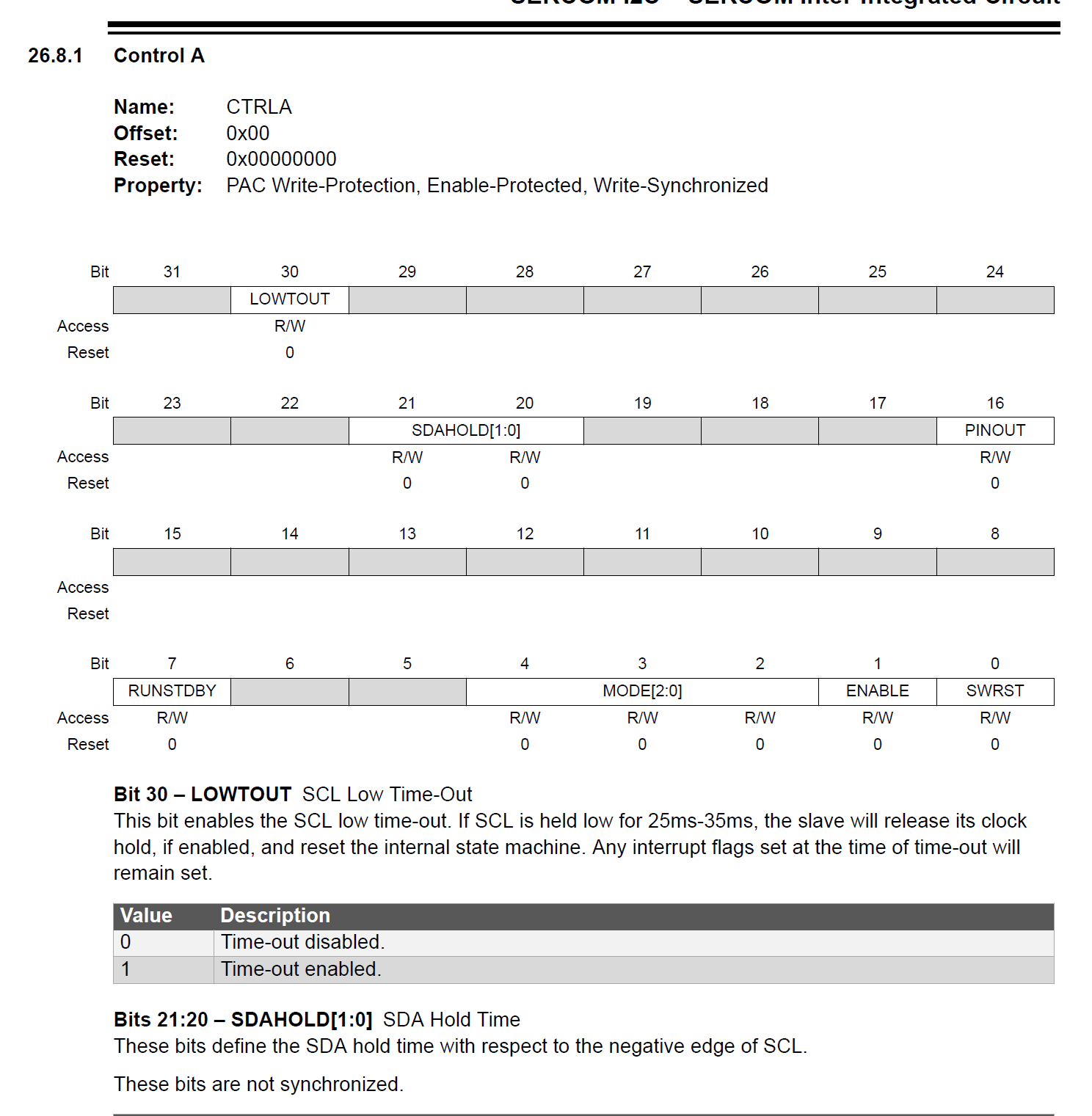 However in a section or two before the registers it indicates:

So you can see the LOWTOUT is not synchronized.   My recommendation when configuring the peripherals is to print out the register bit mapping and highlight the registers that require synchronization.

To further help with understanding synchronization, consider the following code:

Synchronization before write or after write? I generally synchronize after a write to be safe. For example some registers can change before ENABLE bit is set in peripherals. Hence it is not clear what happens if you set the ENABLE bit and the try to change another register before the ENABLE is synchronized, hence I feel it is better to sync after write.

So in a lot of example code and libraries you will see synchronization done like:

Of course with a debugger you would think this is easy to find, but it is often very hard to get debugger working again after sleeping.

Hence I will often put in a timeout system.

Of course the timeout must be longer than the sync time (for the RTC with a slow clock the sync time can be large).  Also how you handle the time out on sync is dependent on your error handling design.  I will do a blog about this shortly.

In conclusion Atmel's datasheets are not the clearest on the synchronization, I know I was personally confused for years. So hopefully this article helps clear things up.

As far as Atmel's datasheets, I keep thinking that maybe we should crowd source rewriting the datasheets and fixing the bugs and errors.